A desert is a landscape or region that receives an extremely low amount of precipitation, less than enough to support growth of most plants. Most deserts have an average annual precipitation of less than 400 millimetres (16 in).

In geography, an oasis (plural: oases) or cienega (Southwestern United States) is an isolated area of vegetation in a desert, typically surrounding a spring or similar water source. Oases also provide habitat for animals and even humans if the area is big enough.

In physical geography, a dune is a hill of sand built by either wind or water flow. Dunes occur in different shapes and sizes, formed by interaction with the flow of air or water. 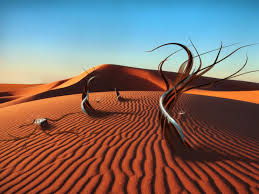 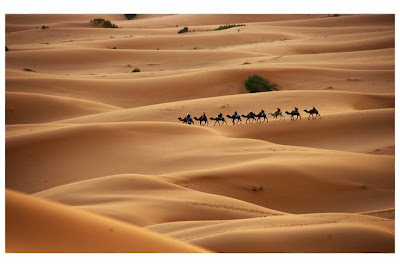